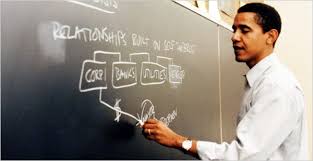 Excerpts from the article, “DISABILITIES TO EXCEPTIONAL ABILITIES: LAW STUDENTS WITH DISABILITIES, NONTRADITIONAL LEARNERS, AND THE LAW TEACHER AS A LEARNER” by Jennifer Jolly-Ryan
“Rethinking on the part of legal educators will not come easy. Law professors, as a group, resist any changes in the way that they teach. This resistance is not surprising, given a number of factors designed to maintain the status quo
in legal education. Very few law professors were effective educators before setting foot in the classroom. Nor is it likely that they had any formal training in education, including recognizing and accommodating their students’ learning
styles.
However, they were successful law students and expect their own students to learn the same way that they learned in law school: through competition and rigor. It is well known in law school academics that there are approximately one dozen “gatekeeper” or “producer” law schools, forming the
pool of applicants from which most new law school faculty members are drawn. Most law professors graduated from one of these elite schools.
Schooled in the Socratic Method, law teachers were the survivors of their law schools. They read the texts, attended their professors’ lectures, took copious notes, constructed outlines, and took tests at the end of the semester with little
or no feedback from their professors during the course. They were the survivors of a rigorous and very competitive law school experience. Current law professors model their teaching methods after their own law school professors
who hail from elite law schools. Current law professors, much like their predecessors, know one teaching method and prepare to teach students, who much like themselves, thrive in the traditional and competitive law school environment.
Under traditional law school teaching, the student receives a grade at the end of the semester and there has been little concern for the student’s individual learning style.
Paralyzed by legal educators’ lack of formal training in education and a tradition of competition, the learning atmosphere in law schools continues to be one of survival of the fittest, and in many respects, elitist. The “fittest” students in law school, or the “survivors,” just as their professors were, are very select law students. Until recent years, the “fittest” category was limited to [white] males. Today, the “fittest” transcends race and gender, but remains an insular group of law students. Students who survive under traditional teaching
techniques are the lineal thinkers and verbal learners who benefit the most from traditional law school teaching and study methods. Many other students are excluded.” READ MORE

Read more
This template supports the sidebar's widgets. Add one or use Full Width layout.